Incognita is an independent film and series production company, created and managed since 2010 by Edouard de Vésinne.

Incognita has produced or co-produced around ten feature films, including An Ordinary Mother by Sylvie Audcoeur with Karin Viard (2021), One Role For Two by Anne Giafferi (2019), Father-Son Boot Camp by Émile Gaudreault (2016) and Greed by Éric Guirado (2012), or the documentary Feature Films Everyday Heroes by Anne-Dauphine Julliand (biggest documentary success in theaters 2017) and Oh Les Filles! by François Armanet (selected at the Cannes Film Festival 2019 out of competition).

Initially created for the cinema (with Thomas Anargyros), Incognita is also actif in TV, with the 90′ series for F2 César Wagner, which met remarkable audience and critical success. Other projects of series and TV films are in ongoing, in different stages of production, with M6, FTV and Arte among others.

In 2018, Incognita joined forces with Nathanaël Lacombe, within Wonder Films, which produces ambitious projects for cinema and TV.

In 2019, a new partnership, this time with Pauline Eon, creates Hanoï Productions which is putting into production a first original series for TF1 in 2021 entitled Visions.

In 2021, the Incognita Doc label is created by Édouard de Vésinne and Camille Plouin, with the goal of producing ambitious and multigenerational documentaries for historical channels as well as for platforms and the web.

By creating bridges between the codes of fiction, animation and documentary and relying on a solid network of talents and international partners, INCOGNITA DOC designs innovative content, anchored in themes as varied as culture, society, history, true crime and discovery

One Role For Two

To Each His Own (Netflix)

The Man Who Laughs

Before founding Incognita, Édouard de Vésinne produced within Europacorp and Cipango many French and international films and series for all channels, including series Taken (NBC), No Limit (TF1), XIII (Canal+) and Les Bleus (M6). These productions have won the most prestigious awards, International Emmy Award, Grand Prix among others from La Rochelle Festival, Procirep Award for Producer of the Year …

In Cinema, Edouard has produced aside of Incognita movies such as Coexister by Fabrice Éboué and Coluche, l’histoire d’un mec by Antoine de Caunes.

The choices of both Incognita and Édouard have always been guided by curiosity, freedom of mind and loyalty to important artistic and human encounters. They are based on an instinctive eclecticism and professional standards, which allow Incognita to happily invest in creative fields as diverse as drama, documentary and cinema.

David Amselem is a producer at Incognita since 2017. 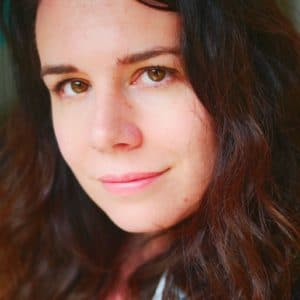 Camille Plouin starts her carrier in 2000 as a journalist for Nova, MTV and MCM before being appointed as editor in chief then as artistic producer at M6 in 2006.

From 2012, she commits to documentary and becomes a director and an artistic producer for BBC Worldwide, CAPA press, Pernel Media or even National Geographic. She then joins Imagissime, the documentary label of Mediawan where she develops and produces many formats for MyCanal, Arte, RMC Découverte, Netflix or even France Télévisions.